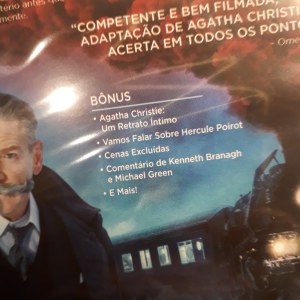 Agatha Christie’s work has never gone out of style, nor out of print, in the four decades since her death – to the tune of more than 2 billion copies sold. But Christie’s flame burns extra bright in the present, thanks to new film adaptations (“Murder on the Orient Express”), authorized sequels (“The Monogram Murders” and “Closed Casket,“by Sophie Hannah) and homages (“Magpie Murders,” by Anthony Horowitz).

But derivative works and adaptations can’t fully explain why Christie’s work endures. A splendid biography by Laura Thompson, however, does. “Agatha Christie: A Mysterious Life” was published in Britain over a decade ago and took an inexplicable amount of time to cross the pond. Yet the timing is perfect because Thompson’s thorough yet readable treatment of Christie’s life, in combination with artful critical context on her work, arrives at the reason for her endurance:

“As she would often do, Agatha has used the familiarity of the stereotype to subvert our expectations. It was one of the cleverest tricks she would play. It was, in fact, more than a trick: by such means she revealed her insight, her lightly worn understanding of human nature.”

Christie, as Thompson details, came by such understanding through the traditional means of early hardship. Born Agatha Mary Clarissa Miller in 1890, her middle-class upbringing in Torquay was idyllic, with a fierce, close relationship with her mother, a woman determined to shield Agatha from a repeat of her own childhood hurts. Young Agatha was imaginative but practical, a skillful nurse during World War I who wished for a domestic life as a wife and mother – and got it, after marrying Archie Christie and giving birth to their only child, Rosalind.

But her imagination needed an outlet. Healthy competition with her older sister, who also published stories, spurred Christie to write the book eventually published as “The Mysterious Affair at Styles” (1920), the first of many outings for her iconic Belgian detective, Hercule Poirot.